I had an awesome doubleheader race weekend at Fox Raceway, racing the SXS Regionals round 3 on Saturday and the DIRT Series round 5 on Sunday. I couldn’t wait to get back in the driver’s seat!

We arrived at the track on Friday night and got our camp and pit set-up. I was pumped to check out the track the next morning because we would be racing on a new SXS track at Fox Raceway! On Saturday morning, I was up early and got ready for practice. I took my XP 1000 out on the new course, and it was a blast! I couldn’t wait for race time. After the SXS Regionals driver’s meeting, I headed to the line because the Open 1000 class was race number one in the line-up for the day. There were 8 cars in my class. As the green flag flew, we took off. I was in 2nd place off the start and hammered down to try to catch 1st. I stayed on the gas, flying down the straight-aways, but the course was tight in a lot of places, and it was tough to make a pass. In the end, I finished moto 1 in 2nd place. 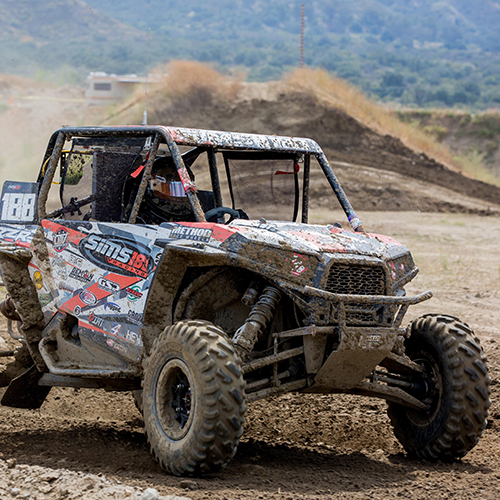 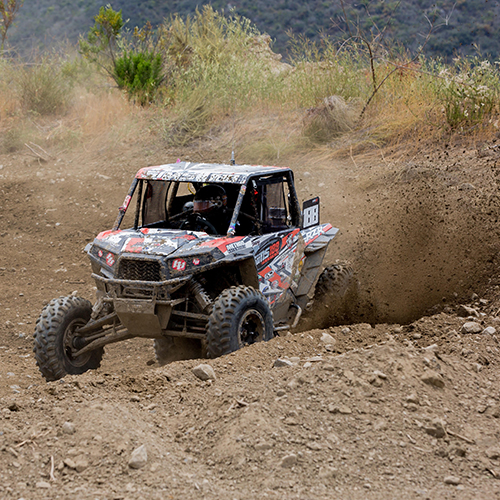 After running through the race line-up, it was my class’s turn to head to the start line for moto 2. The flag flew and we all took off. I was in 2nd place again off the start line, and really gave it everything I had to try to catch 1st place. I drove my car hard and on the last lap, a few mechanical failures took me out of the race. After combining both motos, I placed 4th overall for the day. We were able to get the parts to fix my car on Saturday afternoon, so after some work in the pits, my XP was ready to race again on Sunday.

The Unlimited class was race number 9 in the line-up for the day, and my original plan was to run my XP 1000 in that class. Because I had so much fun running my RS1 in the race before, I decided to run it again in the Unlimited class. There were 7 cars in the class, and as the flag flew, we all took off. I got the holeshot again and ran almost a repeat of the race I had just run. I stayed on the gas, increased my lead with each lap, and crossed the finish line in 1st place! I was pumped!

After going through the race line-up, it was time to head back to the start line for the Open 1000 class, moto 2. This time as we took off, I got a bad start and was stuck in the middle of the pack. I headed out onto the course in the 4th place position. I stayed in the car in front of me and was able to make a pass going into lap 3. I quickly caught 2nd place and tried like crazy to make another pass, but couldn’t get it done in the final laps. I crossed the finish line in 3rd place, and after the results were calculated, I ended up taking home 2nd place overall for the day. 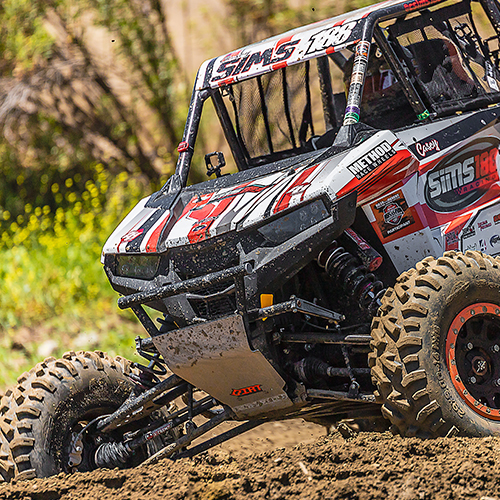 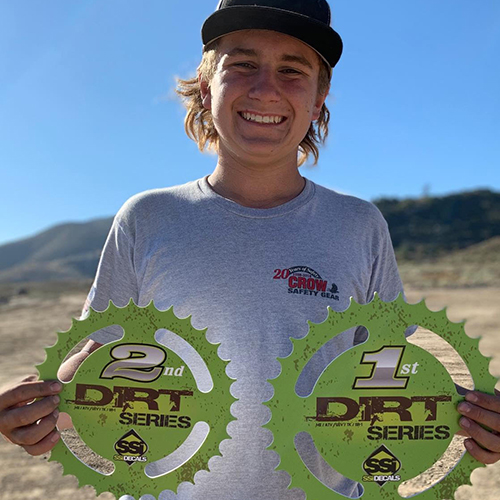 The last race of the day for me was moto 2 in the Unlimited class. It was hot and I was tired, but I was determined to end the weekend on a high note. We lined up and took off! I got the worst start of my whole weekend and was in the last place position heading into turn one. I focused on the car in front of me and decided that I was going to pick the cars off one-by-one. I stayed on the gas and heading into the second lap, I made a pass moving me up. Then, I focused on the next car. I caught that car and was able to make another pass through a sweeping turn, moving me up in position again. I did the same thing over and over, one-by-one until I was in the first place spot heading into the last lap. I drove as fast as I could, and then checked flag flew. I had done it! I crossed the finish line in 1st place, taking home the overall 1st place spot for the day in the Unlimited class!

We are getting my cars prepped and ready to go back to the DIRT Series for round 6 in a couple of weeks. I am looking forward to racing at Glen Helen Raceway that weekend!