The race was held at Weller’s home track, Wild Horse Pass Motorsports Park. With her husband, Jason, behind the wrenches, her turbocharged Can-Am was fast all weekend and rewarded her with a 2nd place finish, where she played it smart and didn’t take any risks to seal up her championship run. Her four wins early in the season paid off after a bad wreck and subsequent repairs at Glen Helen the previous two rounds nearly derailed her title hopes.

“It was tough season especially toward the end,” said Corry Weller. “Thankfully we had some good momentum from the beginning of the season to carry us through some tough times at the last two rounds. Every point counts and our championship this year is proof of that. It’s always nice to have all of your efforts pay off in the end.” 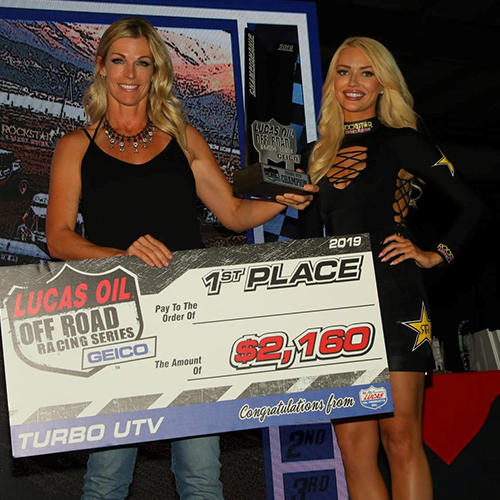 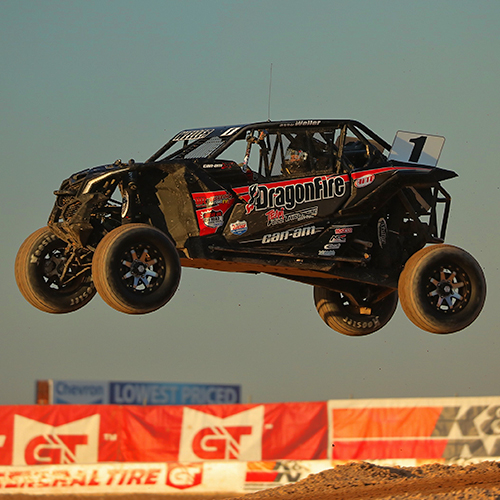 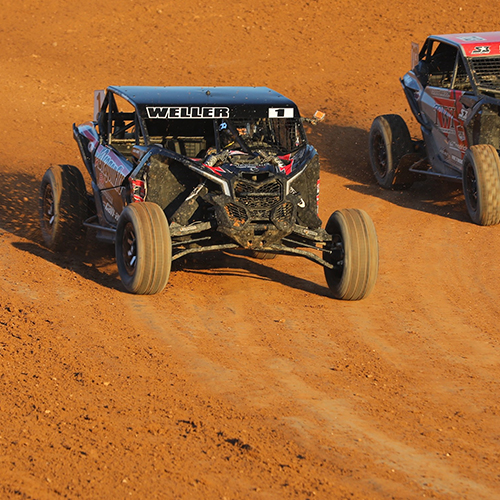 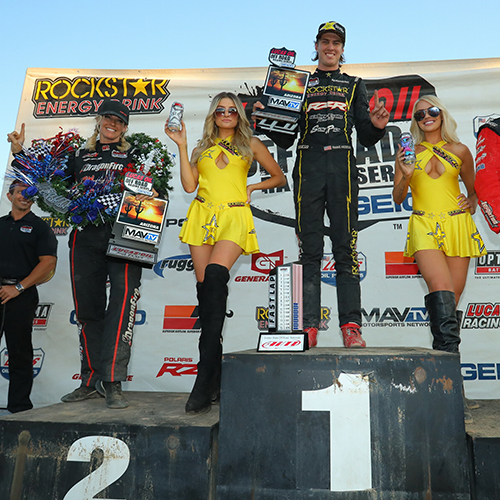 Weller has now won every championship in the young class’ history, but it has gotten more difficult every year. She has observed the talent pool gets deeper and her competitors get faster. She expects that year three will be even more grueling.

“It’s just going to get more competitive,” said Corry Weller. “The first year is when everyone is just testing the waters. The second year, people get it together. The third-year is going to be very difficult to get a championship. We’ll do our homework in the offseason, I’ll get a brand-new car, and I’ll be ready to defend that No. 1 plate again, for sure.”

Corry Weller will return to the Lucas Oil off Road Racing Series in 2020.